How Long to Cover the Earth in Oysters? 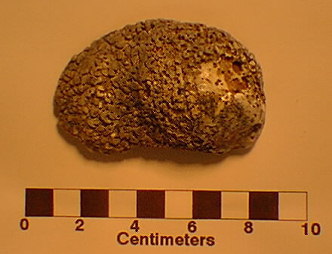 Oysters live within estuaries, where salt and fresh water mix. The accessibility of estuaries to man has long made oysters a popular food source. Archaeological remains suggest many native American Indian tribes relied on them as a ready source of protein for example.

Within estuaries, oysters typically form 'bars' on the sea floor. They prefer sheltered areas without too much water agitation by waves or tides. When oysters eventually die (they may live for more than a hundred years), or are killed, their shells (which may be more than 35 cms and a kilogramme in weight) become a useful part of the habitat. They may serve as useful anchoring points in the otherwise sandy or muddy substrate of the estuary for algae or seaweed to attach itself. Fish find them useful protective capsules for laying their eggs inside. Polychaete worms called Serpulids build tubes that encrust the oyster shell's surface. Sessile Cirripedes and small corals attach themselves.

One oyster shell weighs little more than 50g, but it is one more counter in the global currency exchange which is carbon cycling. Carbon and calcium, extracted from seawater and combined in the body of the oyster, are now captured as a relatively inert calcium carbonate chip (the oyster shell) that falls to the sea floor and, after it has been a home or cradle for various other organisms, is ultimately buried. Once buried, it will most likely be trapped within the earth for millions of years until some major earth movement uplifts the rocks to create mountains, allowing the calcium carbonate (now called limestone) to be dissolved by rivers and returned once more to the sea, or to be trapped in the soil on its way there.

If all of the world's oceans annual calcium carbonate production of around 5400 million tons came from oysters alone (which it doesn't, although a large percentage of it must come from sea shells), that would equate to around 108 million million oyster shells, or enough to form a pile that wrapped around the world's equator 27,000 times. If each oyster was 10 cms long, that would be the equivalent of a solid belt of oysters around 3 km wide wrapped around the earth. Extrapolating, it would take less than 10,000 years to cover the world's surface with oysters. In geological terms, the mere bat of an eyelid...
Posted by Jonathan Wonham at 9:58 PM